Faithfully reimplements the Super Secret Settings button that was added in 13w38a (1.7.2) and removed in 15w31a (1.9) to modern versions of Minecraft. 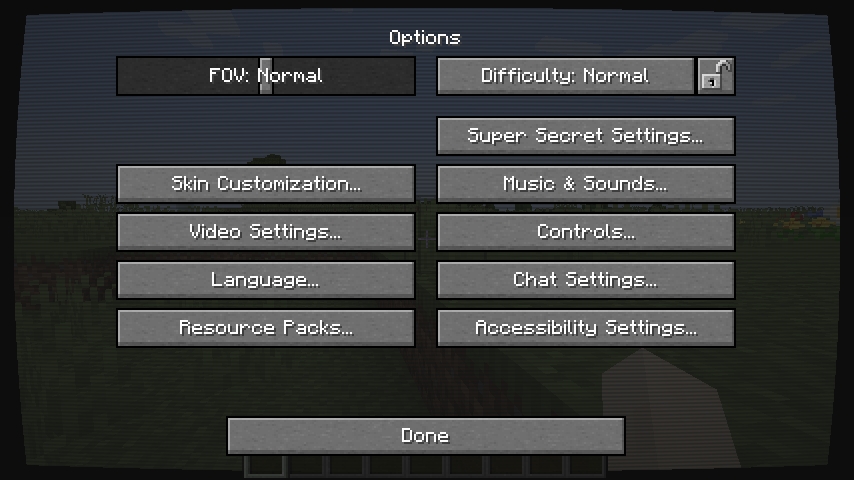 I think a lot about the fact that this feature was randomly left in the release builds, then when we just started getting used to it, it was inexplicably removed just 2 versions afterwards. It's a very strange feature that I only ever get to experience on old 1.7.10 modpacks, and each time I get to play one, I'll fiddle with it for a bit before hitting F4 and forgetting about it again.

So, I made this mod to fulfill my inner urge to click a button and hear funny noises and see funny visuals for a little while. I highly doubt I'm the only one who has had this mysterious button permanently etched into their mind for the longest time now.